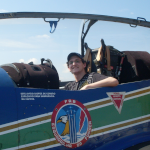 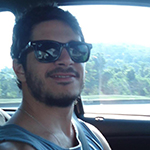 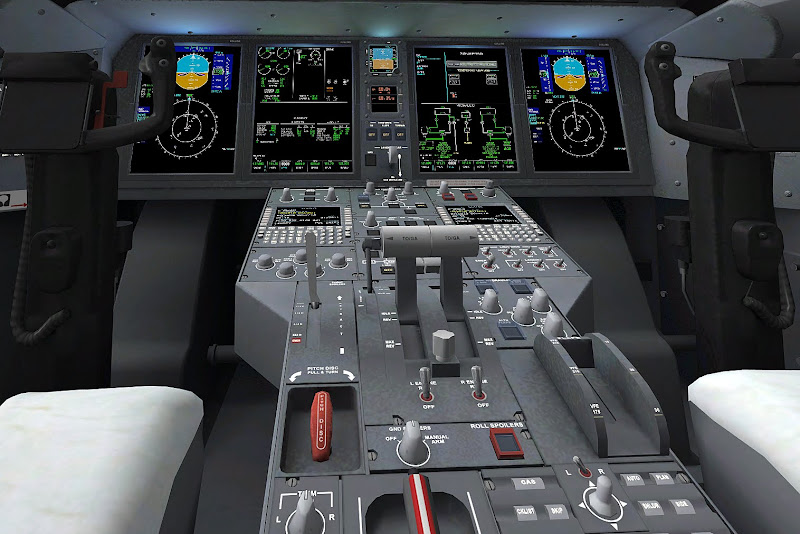 Let’s go briefly through the math.

Now, if there is one polygon every meter, and you can see for 100 miles at high altitudes, then you will be looking through roughly 200,000 meters. With one puff per meter, that makes 200,000 cloud puffs to look through.

That does not sound so bad.

So with this video card, you would need:

The current best-of-the-best video cards are 51 million times too slow to draw clouds this way.

Clearly, we need a totally new strategy for drawing clouds in X-Plane 10, because no home users have 51 million video cards lying around.

Our new strategy is a display of resultions of buckets. Imagine this: we have high resolution cloud geometry. Each puff is 1 meter across, but those puffs only go out, say, 10 meters. In other words, you can see cloud puffs that are 1 meter across, but you can only see them up to 10 meters away. You only see small, detailed puffs up close. That makes just 10 meters of puffs in each direction, making for 1,000 puffs. Our video cards can handle that number.

We just covered ten times the space of the first draw, but using the same number of puffs as we did in the smaller area. We just made the puffs that were farther away bigger. Sure, the bigger puffs are less detailed, but since they are farther away, you wouldn’t be able to see the 1 meter diameter puffs anyway–they are too far away to gain any advantage from that kind of detail.

What about when we get to 100 kilometers? Each puff can be drawn, say, 10 kilometers across, since it’s so far away that you won’t notice any loss of detail. Again, 1 puff every 10 kilometers in a 100 kilometer range makes for another 1,000 puffs.

No matter how big the sky, each level of detail only costs us 1,000 puffs.

As it turns out, seven levels of detail are plenty. We call each of these levels of detail a “resolution.” Seven resolutions gives small (1 meter wide) puff up close, and huge puffs far away (as seen from orbit). We wind up with only 7,000 puffs–no modern video card would break a sweat drawing that!

This is the trick to the cloud rendering in x-Plane 10: we draw a lot of small puffs up close, and a few huge puffs far away. This gives you all the detail you want up close, with the general cloud layout visible from 100 miles away. There is no need to draw tiny, 1 meter wide cloud puffs from 100 miles away–you could never see them from that far away.

So, our display of the weather uses about seven resolutions of cloud puffs, with maybe a few thousand puffs at each resolution, for a total of a few tens of thousands of puffs.

With this new strategy, you won’t need 51 million video cards at all. In fact, you’ll do well with just one video card–perfect for a home computer.

We aren’t done optimizing the performance yet, though.

Each resolution contains all the cloud puffs around you, including the ones behind you. We have no reason to have the video card draw the puffs behind you–that would slow you down for nothing. Instead, we break each resolution down into 27 “buckets,” each one a 3-dimensional grid in 3 x 3 x 3 pieces, just like a Rubik’s Cube. This, though, is a Rubik’s Cube that you fly around inside of, where each cube is a bucket. Now, we will only draw the buckets that are in front of you where you can actually see them. This doubles the frame rate again, since about half the buckets are in front of you and half are behind.

So, the weather display in X-Plane 10 contains about 7 resolutions, with each resolution distributing its several thousand puffs into 27 buckets. This way, we only draw the cloud puffs in front of you, at a level of detail that you can see at that distance.

This is what makes it possible to run the weather at 100 frames per second on my Mac with one video card. This gives us the detail we want, with the long-range visibility we want, at the frame rate we need.