Aeronaves carenado do xp10 no 11

Aeronaves carenado do xp10 no 11 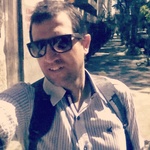 Many people have been asking about the compatibility between our X-Plane 10 (XP10) fleet and the new X-Plane 11 (XP11).

After many weeks of research, we have realized that the new X-Plane platform has many changes compared to the old one, the new visual engine is very powerful and it was developed using cutting edge technology. Therefore, in order to take advantage of this new platform we will create native aircraft for X-Plane 11, meaning we will add all the necessary elements to our aircraft to reach a new level of products.

Because of that, all the following aircraft released in the past 6 months will be freely updated to XP11, assuring the investments done by our customers since the new XP11 was announced:

All the rest of our fleet will be redone for X-Plane 11 and will be sold as a new product.

Please note: while our currently XP10 fleet will work in X-Plane 11, they do not take full advantage of X-plane 11-specific features and systems.''

-Flight dynamics have to be completely re-authored

-Materials have to be completely re-authored. Metals will be true PBR metals, both inside and outside, dielectrics will be true PBR dielectrics. Smoothness/roughness will be authored to realistic standards... not just "converted" from non-PBR source files. This involves "artistry", so it's a per-part job, requiring dedicated (and costly) tools and professional skill.

-New standards will replace older/deprecated standards throughout, for serviceability and support. This includes bringing source files to the latest standard. (Importing a Blender 2.49 into Blender 2.78 means, animations are lost... everything has to be re-animated from scratch. This is actually very similar to the workload involved in porting a plane from FSX/P3D to X-Plane. (The alternative to doing this is going in and manually hacking the old .obj files to try to add the new features... and that is just an unsustainable workflow for anything more than just some minor adjustments.)

-Plugin logic will be revamped and updated for optimization, serviceability, ease of use. (G1000 will be updated, and we're working towards full procedures support.)

-Ground dynamics have to be completely re-authored, as friction coefficients have radically changed in XP11.

-Wherever improvements can be conceived of or implemented realistically, we'll do that.

-Keep in mind, v10 planes aren't supportable in v11. (E.g., a customer contacts support saying this parameter or that behaviour is inaccurate. There's nothing we can do to fix the situation as long as we don't have a v11.acf file that we can process towards an update... so for the upgrade cost, we provide full support in v11, something we cannot do with a v10 plane. That alone is worth a lot.)

However, by all means! If you're satisfied with the way the v10 plane works in v11, I've also done my very best to inform Laminar of any major issues our planes were having in XP11, and they seem to have fixed every one of the most pressing issues. It's just, you won't get the accuracy of flight and ground handling and engine behaviour, you won't get customer support, you won't get new PBR materials, X-plane native scroll manipulators, or other improvements.''