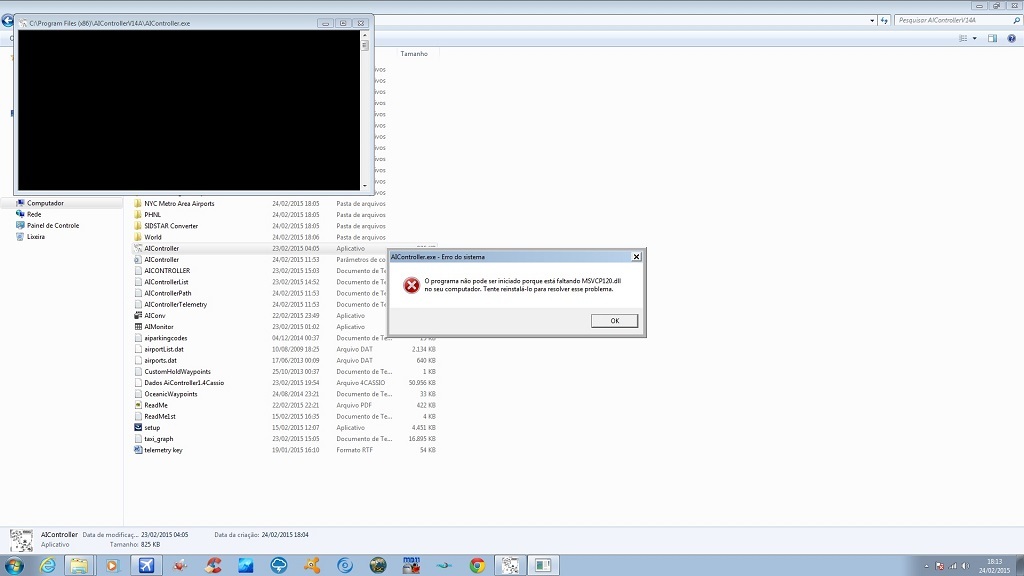 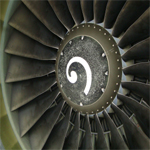 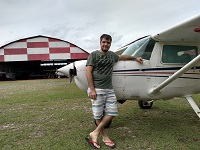 NEW VERSION OF AI CONTROLLER IS UP

NEW:  Manual Landing Runway Selection:  If the user for whatever reason dislikes the current landing runway, which is based on prevailing winds, the user can instead enter a runway designator (e.g, 32R) in AIMonitor to override all wind-based landing runway selections.  All arriving AI above 250 ft AGL will immediately break from their existing patterns (e.g., STARs, finals) and obtain new patterns that correspond to the forced landing runway.  The emphasis is on IMMEDIATELY.  The AI will immediately switch to the new patterns, there will be no gradual transition (i.e.,, AI on old patterns will not continue those patterns and land on the "old" landing runway during a runway change-over transition period.)  A typical usage scenarios are (1) forcing a rapid runway change due to changing winds, (2) forcing a user-preferred runway during calm winds, and (3) generally forcing a perfrerred landing runway for flight-planning purposes when the user aircraft arrives or departs from an airport, or (4) in combination with ADE configure airports for optimum AI flow.

NEW:  Max. Time Departing AI Remains Stopped on Taxiway Before Deletion.  Maximum time that AI taxiing OUT to the departure runway will be allowed to remained stopped on the taxiway before deletion (default 60 seconds).  Occasionally (even when not using AIController), departing AI becomes "stuck" just before runway entry holding up that AI and all the AI line-up behind it waiting.  This parameter will delete the AI that has become "stuck", allowing the AI behind it enter the runway and take off at a consistent rate.  The parameter cannot be used to increase waiting time higher than the FSX default value.

NEW: AI Rollout Performance and Parking Based on AI's Aircraft.cfg File and ADE:  The AI rollout performance (e.g., braking distance) and parking preference (e.g., parking codes) are based on performance data in each AI's config file.  The parking algorithm has been revised to conform to typical FSX/P3D - ADE design methods (e.g., first AIController looks to gate radius, second AIControler looks to airline parking codes in the gate order as listed in the ADE parking list).  Version 1.4B automatically reads AI aircraft.cfg data to get each AI's braking, radius, airline code, etc. data, no user action is required.  Thus, the old GrabAIParkingCode utility is being retired.  An interesting note:  AIController will scan more than 5 airline codes per gate, thus eliminating the old FSX restraint.

NEW: Special WinXP versions of AIController.exe and AIConv.exe are included in the distribution:  If you're running AIController in a networked configuration on an older laptop running WinXP, please use the AIController_WinXP.exe and AIConv_WinXP.exe files in the WinXP folder (see the readme in that folder for further instructions).

NEW: Latest version of SIDSTARConverter included, which allows you to select your preferred version of AIConv.exe.  The latest AIConv.exe is included in the AIController installation directory.

FIXED: Jet, prop, and VFR ONLY STARs/SIDs not recognized.  This has been fixed, but jet, prop and VFR only patterns are now specified by "pattern type" instead of "pattern name" to maintain consistency with final approach pattern types.  Any custom user files that user the "pattern name" to specificy jet-only, prop-only, or VFR-only files will have to be modified so that "pattern type" is used instead (this should be an easy modification, see the readme.pdf for further details).

FIXED: Sometime AI didn't park at gate at correct heading.  This has been fixed.

FIXED:  Generic left and right base pattern names reversed.  This has been fixed.

FIXED:  Addon/scenery folder not being scanned when active in FSX/P3D (this is where use-generated ADE files typically reside!).

FIXED:  Departing AI not being auto-injected at some airports.

FIXED:  Locale issue continuing to cause errors when comma-deliminated error.  For those users who switched affected by this error, please give this fix a try.

FIXED: Quicker assignment of wind-based runway selection, less incorrect STARs that have to be re-assigned later.

Important Revision:  A registered version (4.9x or later) of Peter Dowson's FSUIPC utility is recommended to use the full functionality of AIController.  For example, AIController will not be able to delete problematic AI targeted for removal (e.g., parked at gate after arrival for the specificed parking time).  For networked configuration users, Peter's WideFS (ver. 6.9) is also recommended.

Various other fixes/revisions were also made.

ENTERING RUNWAY DATA.   Ensure the runway number corresponds to the FSX runway description (for whatever airport scenery you are using).  Often, the latest FMS data will reference changed runway numbers that do not correspond to stock FSX runway descriptions.  For STAR files, if the runways do not match (STAR versus FSX), AIController will choose the STAR based on the waypoint having the closest entry point to the AI’s current position (i.e., not based on runway data), which often is satisfactory, but not always.  For Final Approach files, if the runways do not match, AIController might choose the final approach file having the incorrect runway data.