We hope that you and your families had a wonderful Thanksgiving (for those who celebrate it) and Holiday Season (whichever you may celebrate). For those of you who don't celebrate any of these, then we hope you've had a wonderful 4th quarter! The team at QualityWings enjoys this time of year to spend with families and friends. As such, this update is a little bit later than I wanted it to be. Such is life.

The fourth quarter has been especially challenging for some members of our development team, but rather than get into the bad news first...let's start with a bit of good news. The Ultimate 737 led off news from the 3rd Quarter Status Report, so this time, we'll lead with the 787.

The team has been plugging away at the many different areas of this project.

As many of you have seen with the weekly previews in between the 3rd and 4th quarter updates, we previewed the 787-9 which along with the 787-8 will be included as part of the Base product. The real life 787-10 is a very long ways away (2017), so it will not be included in the base product since we certainly expect this product to be released in 2015. The 787-9 is not just a stretched version of the 787-8. It also incorporates a slightly different Main Landing gear, a super duper top secret Hybrid Laminar Flow Control System (HLFC) and a few additional flap settings. We've animated this super duper top secret HLFC system that has absolutely no affect on the Flight Sim experience, but it makes us sound like we're smart. (Really though we have no idea how it works, but it's there). We've also begun testing out some effects such as Reverser Spray, water from the tires on wet surfaces and even brake dust upon Gear Retraction. And finally with the exterior, I have been working on the exterior liveries for a few months and have gotten the bulk of the paints done. With some help from Ron who knows Bump and Specular mapping as well as anybody I've ever met - the exterior has been taken to a new level. We're happy with where the exterior is but will continue to tweak this area.

In the Flightdeck Systems Programming department, this quarter has seen alot of work done with the development of the Systems on the aircraft. Many times, the word "Systems" is thrown out there by some people to only refer to the Flight Management System and the Autoflight System. But in developing one of these large scale aircraft, all of the other systems like Electrical power, Hydraulic and Fuel Systems must get equal attention. Like the 747/757/767/777jets before it, the 787 incorporates an EICAS (Engine Indicating and Crew Alerting System) that has a huge interface with all of the systems on the aircraft. Older generation Boeing jets like the 737 use an annunciator light system to let you know when a something is not operating. The 737 NG as new as it is still carries the same type of cockpit philosophy. The 787 has annunciator lights as well, but these systems must also interface with the EICAS function of the display system. Just about everything does. As you can imagine this is a rather large task, but we've made significant progress. A video will be provided soon showing some the operation of many of the overhead switches and their interface with EICAS. It's about 4 minutes long and I'm warning you now, it's 4 minutes that you will NEVER EVER get back lol. It just shows switches being operated and how EICAS reacts. But you asked for flightdeck previews...you will get it.

Last we spoke, Lars had gotten the framework for the Autopilot/FBW systems. Well we are happy to report that all basic Autopilot and some Autothrottle modes have been programmed and are functioning pretty darn well. We obviously have a hell of alot of tweaking to go, but we are already leaps and bounds ahead of where we were with the Autopilots on previous products. A custom Autopilot is really the only way to go. We're late to the game in that respect, but we had to learn. At any rate, we're getting there in these critical areas. Next on the agenda for Lars is programming the FADEC (Engine Systems) and Tuning Panels. As we make our way through these different systems, we will tweak and refine the exact information and layout of the displays, so we remind you that the pictures you see and videos you see are a "Work in Progress".

Nick continues to tweak the Flight Dynamics, and with the help of an extremely knowledgable advisor of ours, we are finding ways to get outside of the box with some FSX limitations. I should be able to provide some insight on a few of these things at a later date.

We're still aiming for some point during the middle of Next Year. The great thing is that we've recently had "feature lock" meetings...so we have an idea on what will be in the product. One feature to note: The previously announced Virtual Cabin willNOT be included. On our forums, it has been marked as posponed indefinitely. It is doubtful that it will be revisited. We should not have let that cat out of the bag so early. Much has happened since that was announced a few years ago so we are concentrating our efforts on areas that we feel are more valuable to the Flight experience. We apologize for those of you who may have been looking forward to that. One planned included feature that we are working on will be a Crew Alerting System that will alert you of certain situations such as approaching your designated runway. Or if you haven't done a particular checklist. Or maybe you're not on a stable approach. It will be part of a very Active Cockpit system where you will here the crew communicating about many things. More information on this and some other features as they continue to take shape, likely during the 2nd quarter of next year.

And now the bad news...This project has suffered this quarter due to some very serious and very personal issues from not just one, but 3 members of the guys on the team. We have been reminded in several different ways that we are not immune to the trials that occur in this game of life we all live. We express condolences to one of the team members for the loss of a close relative, had to support another dealing with a serious personal issue and continue to wish another member a speedy recover from an extremely serious illness.

Development on the 737 has slowed off of the pace that it was on during the 3rd quarter. Given the nature of how we do this in our spare time, all developments go through ebbs and flows even without dealing with the stuff we've had to. As you can imagine, these present some serious additional challenges. 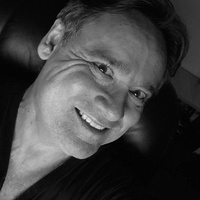