FSX/P3D. Finally! The update we have been waiting for! The Aerosoft team has just released 1.10 of Mega Airport Dublin. I personally experienced a number of issues along with many users including Captain Hoffen who was having an OOM party. According to Mathijs, fixes in this version include: FIXED POLLBEG SIZE | FIXED LIGHT EFFECTS | FIXED Z-FIGHTING AT JETWAYS | FIXED MISSING AUTOGEN | IMPROVED VAS USAGE | IMPROVED AFD | ADDED CIVIL CARS IN OWN BGL. I will download and try to provide some updates myself later today. If all goes well, I will also update the ADX FirstLook of Dublin. I really like this project and it certainly met the majority of my expectations. Head over to Aerosoft and get the update. Feel free to provide us with your feedback as well! 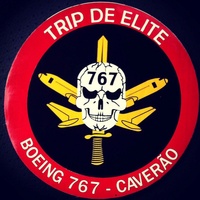