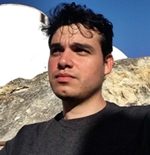 ......
The airline said that oxygen masks were deployed and the aircraft landed "uneventfully" at the Baku airport.
"We are seeking clearance from local authorities to transfer affected customers to a hotel until a replacement aircraft arrives from Singapore," a spokesman for the airline said in a statement.
In response to passenger reports that it was because of a faulty door, a Singapore Airlines spokesman said that "on the earlier flight into London there was a noise reported from one of the main deck doors".
But he added that "the door was inspected by engineers on the ground in London with no findings, and the aircraft was cleared for continued operation".
Singapore Airlines is one of the biggest operators of the A380 planes, with 19 jets in its fleet.