"One of the biggest gaps in the Flight Simulator world (be it FS9, FSX or other popular flightsims) is the area around Copenhagen/Denmark and Malmö/Sweden. Neither airport has received the attention it deserves, which would be a top quality airport add-on. While working on at least one of them, the MegaAirport Copenhagen, we realised that the single major landmark in the area is yet missing or only improperly recreated in FS9 as well as FSX. For this reason we decided to create our own realistic model of the famous Oresund bridge with its artificial island, its connection to the Swedish mainland and the close-by island of Saltholm.

So while you still have wait for the release of MegaAirport Copenhagen, you now can enjoy the world's longest cable-stayed bridge in your FlightSimulator X!

This add-on includes:
The Oresund bridge
Artificial island and tunnel on the west side
Photorealistic ground on the east side
Moving traffic on the bridge and into the tunnel
Seasonal and night textures / effects
Photorealistic Saltholm island
Helipad “EKC8” (for emergency operations, located on the artificial island)" 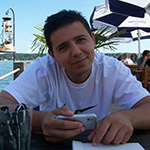 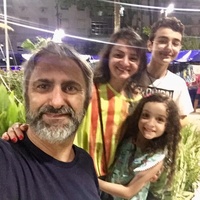