What's Wrong With the MD-11 Airplane?

A FedEx McDonnell Douglas freighter, landing through gusty winds at Tokyo's Narita International Airport on March 23, 2009, bounces during touchdown. As the airplane impacts the runway a second time, it banks sharply, snapping the port wing on the ground and rupturing a fuel tank. In flames, the MD-11 rolls over onto its back, then slides out of view of the airport surveillance camera filming the tragedy. Both pilots are killed. The accident, still under investigation, appears to be a carbon copy of two previous MD-11 crashes--a FedEx freighter at Newark International Airport, N.J., in 1997 and a China Airlines passenger jet at Hong Kong International Airport in 1999. "I've never heard of a landing flip-over with any other type of airliner," says John DeLisi, deputy director of aviation safety at the National Transportation Safety Board (NTSB). "The MD-11 has done it three times." Only 11 of 200 built still carry commercial passengers, for KLM and World Airways.

In the late 1980s, engineers at McDonnell Douglas updated the 1960s DC-10 and reduced the size of the plane's horizontal stabilizer by about 12 feet, which cut weight and drag. Depending on an airplane's center of gravity, the smaller the horizontal stabilizer, the less longitudinal stability the plane has. The MD-11 entered service with a system that automatically moves elevators on the stabilizers to compensate for unwanted pitching. However, the plane still has a reputation for unexpected motion. "In windy conditions, the MD-11 can be a bear to land," says Ken Adams, an air-safety investigator and former Delta MD-11 pilot.

The NTSB determined that the MD-11's controls are more sensitive than other airplanes', especially at low speeds and altitudes. Also, pilots have reported that the airplane's autopilot was not disconnecting when they input manual controls, as happens in other airplanes. The safety board asked that the software be changed, and Boeing (which bought McDonnell Douglas in 1997) did so in 2000. But the poor reviews continued. "The 11 is more than a handful to fly," says a FedEx pilot who flies MD-10s and 11s. "And the landing speed is 20 or 30 mph higher [than the MD-10's], so things happen faster."

Investigative reports about the MD-11 crashes in Hong Kong and Newark cite the cause as pilot error. While studying the Newark crash, the NTSB found that the energy transmitted to the right main landing gear during the second touchdown was 3.2 times greater than the MD-11's maximum certified tolerance. Boeing flight operations staff say that it would take a similar, atypically hard impact to cause the damage that occurred at Narita, and that the MD-11's landing-gear design is not at fault. The NTSB has urged airlines to train pilots to better handle the airplane if it moves erratically.

Sensitive controls make the MD-11 tough to handle, which contributes to pilot error that can destroy airplanes during hard landings. 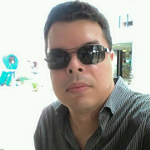 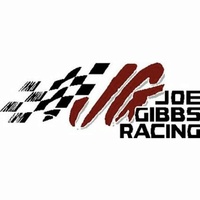 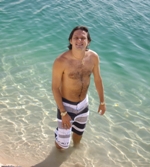