As atualização são as seguintes:

1.
NaTrack and Pacots can now be loaded inside the application in a special
window and can then be saved in a file which is immediately represented on the map.

2.
Routen-generating programs like (c) Routefinder or (c) VatRoute can now be
called directly from inside the program so that the roots can be used in FS Commander.

3.
The tab "Flight plan" has been moved from the window Window-->Options to the
window Flightplan-->Save/Open where it appears as "Paths"

4.
Complying with frequent requests FSC flight plans can now be saved (and
loaded) in any directory or drive.

6.
Navaid routes to any airport of the world are now possible, even if they
involve crossing the Atlantic, the Pazific or the pole in case no airway route
or other navaid are available.

7.
If departure and destination are selected with a right mouse click, an
alternate will be offered if it doesn't exist yet.

9.
The new file UserBlackboxFSCPosSym.fsc specifies the target symbol for
the representation of a plane in (c)GoogleEarth.
This symbol can be changed by the user by editing the file.

10.
Depending on whether the aircraft is airborne or not, the flight plan panel
and the printed plan will display either ETO (Estimated Time Over) or EET
(Estimated Elapsed Time) angezeigt.

When passing a waypoint the ETO for all subsequent waypoints will be updated
realtime depending on time and speed. 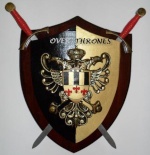